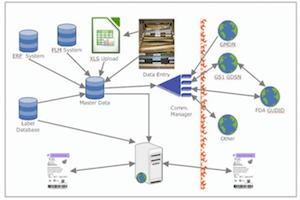 Many of FDA’s Unique Device Identification requirements have already phased in. The labels and packages of Class III and Class II medical devices, for instance, must now bear a UDI.

“But UDI is not over,” says Ardi Batmanghelidj, President and CEO of Innovatum, a software and regulatory consulting company specializing in life science labeling and Unique Device Identification (UDI) compliance. “In contrast, it is just beginning.

“Although many medical device manufacturers have complied, on-going maintenance for previously submitted UDI data will soon be enforced,” he tells PMP News. “And the regulatory requirements of UDI variants by regulatory bodies around the world will continue to make global UDI compliance a challenge for quite some time.”

Communication. One of the challenges arises from miscommunication of labeling data. “Most medical device manufacturers inexplicably approach UDI by separating it into two different projects that are managed by two different departments,” Batmanghelidj says. “The labeling team is responsible for UDI data on the label, and the UDI team is responsible for UDI data management and submissions. Yet, most of the data overlaps and must be kept in sync! Think of a row in an Excel spreadsheet that contains fields with labeling specific data for an item. Now think of adding additional columns to house regulatory data within that same row. Since some of the data within that row is placed upon sticky labels and some of that very same data is also being submitted to regulatory bodies, this data can be stored once and reused. This ensures data quality. The problem of having to prevent a likely mismatch between the information that is submitted and the information used on the label is now gone. With an extension to what is traditionally considered to be enterprise labeling software, it is now possible to bring these capabilities to life.” 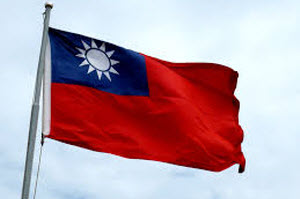 Medical Device Manufacturers the world over are striving to stay abreast of developments as regulatory bodies other than the US FDA release details concerning their approach to Unique Device Identification for medical devices. Taiwan is progressing in the area of UDI, having produced a guidance document late last year.

Within this guidance information it is clear that Taiwan’s Unique Device Identification:

Although the tone has been set and many details are available, there is still much information that is yet to be put forth. Specifics about UDI attributes to uploaded and maintained as well as standards for the transfer of attribute information will go a long way towards helping the medical device manufacturing community assess the magnitude of the regulatory challenges that lie ahead.